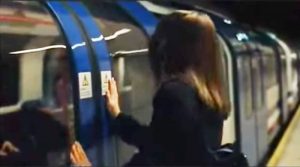 The theme song Thank You from Sliding Doors