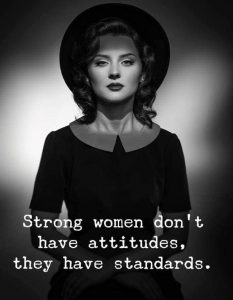 I was fired on July 21, 2020, for seeking the truth about whether or not holding this year’s Cedarhurst, New York, sidewalk sale would be legal.

At least, I think I was fired. I never received a termination letter or anything in writing.

Nevertheless, I’m definitely out of a job, thanks to Cedarhurst’s Deputy Mayor, Ari Brown.

To be fired for doing my job legally and responsibly?  Well, that’s just flat-out WRONG.

I get fired, and a few days later, the Cedarhurst Business Improvement District and the Village of Cedarhurst then decided NOT to move ahead with the August Sidewalk Sale.

So WRONG on so many levels. But based on the questionable character of some of the players, not surprising.

I mean, seriously, do I need to remind anybody of that?

When I was instructed to start work on the annual sidewalk sale in early July 2020, I didn’t know whether the event was legal or not.

I heard a lot of nasty lies and rumors spread about me by Deputy Mayor Ari Brown. He spread false rumors about my mental health, lied when he claimed I was unwilling to do my job, and falsely accused me of redacting and tampering with my workplace databases.

According to the store owner who taped him, he allegedly promised to give her my job, which she ultimately got.

And refusing to work on the sale event unless I knew it was legal was also impermissible.

But the character assassination by the Village of Cedarhurst Deputy Mayor Ari Brown against me was devastatingly vicious and wholly untrue.

Even if it means trying to ruin someone’s reputation, in this case—mine.

My grandmother would always say that the only thing you have is your reputation and your good name and to never let anyone take that away from you.

All I can do at this point is be proud of having done my due diligence.