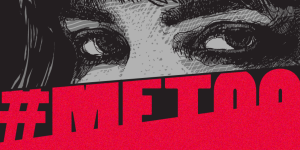 This past Sunday, Kat O’Brien, a former journalist and baseball writer for The Fort Worth Star-Telegram and Newsday, broke her silence about a major league baseball player who raped her eighteen years ago, when she was 22 years old.

Kat’s words cut through me, and it was a tough essay to read.

I wanted to reach out to her, but I wasn’t sure how, so this blog post is the best I can do. I hope Kat reads it one day.

What I found most heartbreaking about her trauma was that she didn’t name the player because she felt it “would only open me up to the possibility of having dirt thrown on my reputation.”

And so, eighteen years later, this unnamed despicable rapist still has her under his powerful thumb.

I’ve been afraid to say his name for 54 years.

After this MLB player raped Kat, she went back to her apartment and drank a bottle of red wine in a desperate attempt to numb her sadness and rage.

I can’t even begin to count the number of bottles of wine I drank to numb myself. I’m still numbing myself.

As I read Kat’s heartbreaking essay, I wondered if she had ever said his name to anyone close to her. I hope she did because it does help somewhat.

I only know that because I’ve said my abuser’s name to a select group of people over the past 54 years. “Select,” being the operative word.  And what I discovered is “select” doesn’t mean I always chose the right people to tell.

When Kat was finally able to talk about “it,” she was asked, “But you really couldn’t get away?”

More than twenty years ago, when I finally mustered up the courage to elaborate on the unspeakable gory details to someone I thought was the closest to me, she  asked: “Are you still talking about that?”

My heart throbbed out of my chest as I read Kat’s words. It was beating so hard that my shirt was moving. I warily looked around at my family gathered together by the pool for fear that one of them would notice.

The rape followed Kat for the rest of her life. She didn’t trust intimacy. She felt unsafe. And she quietly and courageously dealt with the small daily assaults that came and went.

Since Mid-January, Kat’s been having nightmares. She’s been crying on and off every day. She hyperventilates, and her chest pounds in fight or flight.

I get her, and I feel her pain.

Because she’s me. She’s a lot of us. Too damn many of us.

She also wrote that her fear of losing her job in sports journalism is long gone and that she’s found her voice.

But in my opinion, Kat’s voice is infinitesimal compared to what it could be—because she still can’t say his name.

And I disagree with Kat that being a rape survivor is only a tiny part of her story. I don’t see how that can be true, given everything she has had to endure.

At the end of her essay, Kat writes that she has finally found the sunlight. I sure hope that she has. She deserves some light, some respite.

Since reading Kat’s essay on Sunday, I can’t stop thinking about her.

And I’m thinking about her rapist too, because maybe—just maybe, he’s afraid.

Because maybe—just maybe, Kat’s the one with all the power.

And if she ever reads this blog post, I only have one thing to say to Kat: