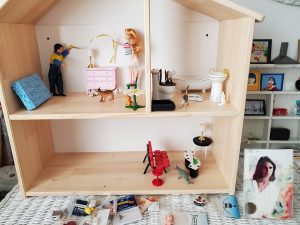 My cousin Pam had an idyllic life with a handsome doting husband/father and two beautiful children.

That was until Pam’s infant son was diagnosed with bone cancer. Pam spent months in a children’s hospital in Boston with her son and daughter while her husband worked in another state during the week and drove to Boston for the weekends.

Shocking and sadly, in 1988, while Pam waited for him to arrive in Boston, Joe’s heart gave out, and he died at just 38 years old.

Her beloved son passed away in 2005 at 20, and Pam heartbreakingly followed in 2009 at 57. After she died, I vowed to one day do something meaningful in her honor, although I didn’t know the what or how.

When Covid hit New York in March of 2020, I obsessed over dollhouses, renovating two and building one from scratch. My life was out of my control but I was in full control of the lives in the dollhouses.

Around the same time, I watched a show about the ancient Egyptians and their belief that when they died, their spiritual body continued to exist in an afterlife. They also believed that a person died not once but twice.

The first death was their final breath. And the second and final death was the last time someone uttered their name.

That’s how The Pam Project came to be.

Pam’s spirit could live on for as long as I spoke of her!

What better way to honor Pam’s memory than to build and donate dollhouses in her name?

If you know of any children who can use a lift in spirit, please let me know.

The photos below are of The Pam Project — a work in progress and in memory of my unforgettable cousin Pam. 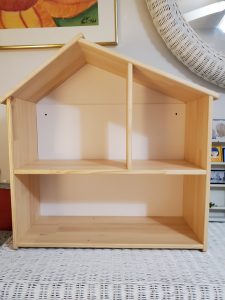 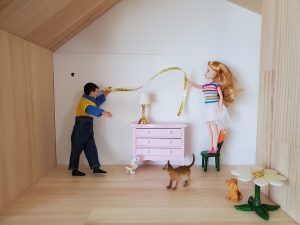 My friends are helping to ready the house for its owner 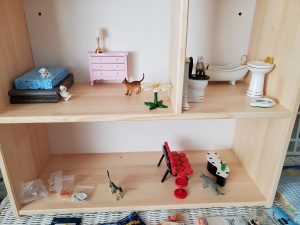 Working on the interior design — where to put what? 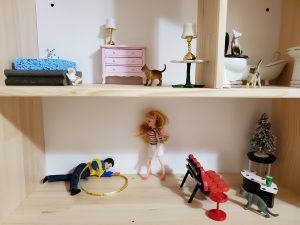 The house with no name — yet. Any suggestions? 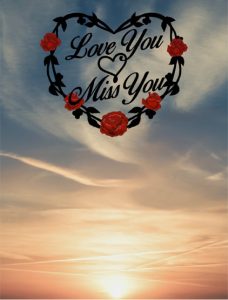 “If there ever comes a day when we can’t be together, keep me in your heart. I’ll stay there forever.” ~ A.A. Milne