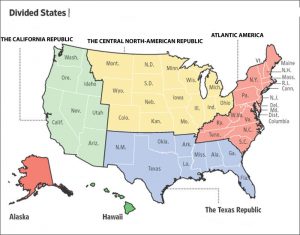 I feel sick to my stomach.

I keep looking back on the past two weeks and asking myself is this for real or am I smack in the middle of one of those spine-chilling Hollywood movies about the disintegration of the United States as we know it?

The vision of Dr. Ford won’t go away: Her soft, child-like voice, the heartbreaking definition of fight or flight, two front doors, the hand over her mouth, making eye contact with Mark Judge, Brett Kavanaugh looming over her defenseless self, the uproarious laughter.

The vision of Judge Kavanaugh won’t go away: His angry contorted face, his unhinged shouting, the lame definition of Devil’s Triangle, Renate Alumnius, his promises of revenge, his blatant denial about his drinking, the disrespect he showed to Senator Amy Klobuchar.

And all those old white men sitting decorously like strutting peacocks, making believe they come from a place of honor and integrity. Pretending they want what’s best for the American people.

It’s enough to make anyone want to chug a hundred kegs of beer.

Every time I watch the news and see any one of those nasty old men, I want to scream at the top of my lungs: TERM LIMITS!!!

Where the hell do we go from here?

Beginning in 1998, Igor Panarin, a Russian professor and political scientist, has been predicting that the United States will first collapse and then morph into six separate parts: The California Republic, The Texas Republic, the Central North-American Republic, Atlantic America, Alaska, and Hawaii.

Among other things, he forecasted that financial and demographic changes triggered by the intervention of foreign powers, mass immigration, economic decline, and moral degradation would lead to social unrest, national division, and ultimately civil war.

Panarin even predicted that the wealthier states might get so fed up with the corruption and partisan politics that they may even withhold funds from the federal government effectively seceding from the Union.

Panarin also said this: “The U.S. dollar isn’t secured by anything. The country’s foreign debt has grown like an avalanche; this is a pyramid, which has to collapse. … Dissatisfaction is growing. … There’s a 55–45% chance right now that disintegration will occur. … There is a high probability that with the collapse of the United States, Russia and China will become economic superpowers, and will need to collaborate to rebuild the world economy with a new currency once the United States (and the U.S. dollar) cease to exist. …Occupy Wall Street protests have highlighted the ever-deepening split with America’s ruling elite.”

At the time of his predictions, the first thing I thought was that the guy was bonkers.

The second thing I thought was that it would make for a great movie!

Pure fantasy, but it could be an apocalyptic best seller!

And now, well I feel like I am watching the trailer of a doomsday movie that is soon to come out.

To know the fate of the United States, don’t forget to tune in on November 6th!

1 thought on “One Hell of a Movie Trailer”