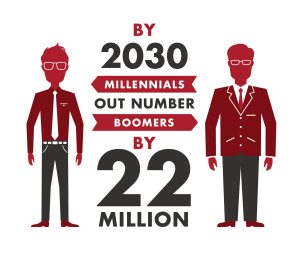 According to my research, in 24 out of the previous 32 years, America was led by people born in or before 1946.

Politicians in other countries aren’t old like ours—our two-party system is steadfastly controlled by the elderly, which is why I have long advocated for a third party.

Overall, the average age for Democrats in Congress is 60, and 58 for Republicans.

The current U.S. Senate (100 members) is the oldest in history, with an average age of 63 years.

The average age of the House of Representatives (435 members) is 58 years.

The age groups with the most significant gains in the 117th Congress compared to the 116th were born in the 1930s and 1960s.

Why is Congress so old, and isn’t it far past the time to pass the government leadership baton?

The natural passing of the torch “to a new generation of American leadership,” as John F. Kennedy spoke about, hasn’t even come close to happening.

Maybe the Constitution should be amended to include maximum ages in addition to minimums.

The Constitution requires that a U.S. President be at least 35 years old, been a U.S. resident for at least 14 years, have been born in the U.S., or have at least one U.S. citizen parent.

The Constitution requires that Senators be at least 30 years old, have been a U.S. citizen for at least nine years, and reside in the state they want to represent at the time of election.

Ossoff is also the youngest Democrat elected since 1973, when Joe Biden became Delaware’s Senator at age 30.

The Constitution requires that Members of the House be at least 25 years old, have been a U.S. citizen for at least seven years, and live in the state they represent (though not necessarily the same district).

Madison Cawthorn (R-NC) is the youngest of the 117th Congress at 26 and the youngest person elected to the U.S. House of Representatives since 1964—a whopping 58 years ago. The second youngest is Alexandria Ocasio-Cortez (D-NY), at 32.

The oldest member of the House of Representatives is Eddie Bernice Johnson (D-TX) at 85, followed by Alcee Hastings (D-FL), Grace Napolitano (D-CA), and Bill Pascrell (D-NJ); all 84 years of age.

Too many older people, both in Congress and the voter registries, point to just how overrepresented white interests are in the U.S.

And Americans over 55 own two-thirds of the wealth in this country.

According to the 2010 census, the number of Americans over 45 increased by almost 25 million versus 2000.

If in 2018, the most common age for all Americans was 27, why are our government officials so old?

I think it’s a two-part answer.

For those that run: Running for Congress takes money, political skills, and a significant network, and the older people have all three.

Older people have the money, the political skills, and the network to run, and older people (who are voting for older people) are voting in higher numbers, making the oldest people the holders of the most power.

The highest number of people to turn 65 in U.S. history will be in 2023, so old people aren’t going anywhere anytime soon.

And according to the U.S. Census Bureau, by 2040, the population of American adults aged 65 and older will nearly double.

The bottom line is that if young people don’t start voting, a younger generation won’t take control of America’s leadership until the baby boomers are all dead.

By 2055, it’s estimated that there will still be 30 million people in the United States born before 1965 — most of whom will be boomers.

The younger generation needs to step up their democratic participation and run for office, or at the very least, vote. The future of the United States is in their hands.