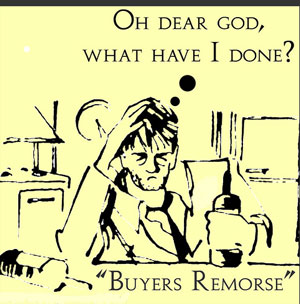 I promised myself and my readers that I would not talk about anything political again.

Sorry, I can’t help myself. I tried, and well, it didn’t work.

There was an article today in the New York Times about what people in Utah pay to be part of the Affordable Care Act (A.C.A.).

First things first. And I repeat: The AFFORDABLE CARE ACT.

Please call it what it is, and stop calling it Obamacare. He’s history. And if the Republicans have anything to do with it, so is the A.C.A.

Just to be clear, I never had a real issue with the A.C.A. People need insurance. I get that. And I’m not putting this woman down for being on it at all.

And this 30-year-old woman, who doesn’t make a lot of money, voted for Clinton. And the poor thing has breast cancer. So I feel for her. I really do.

Here’s a second statistical doozy from the same article:

Another mother in Utah pays $75 per month for a plan that covers her family of three. That’s after her subsidy of $558. She didn’t mention what her deductible is. She is 39-years-old and also has breast cancer. She voted for Trump. She was quoted as saying that her voting for Trump was “one of the biggest regrets of my life.” She now feels like plenty of other Americans who are part of the A.C.A. and who voted for Trump.

Too little too late.

And according to the Times article, plenty of the people who voted for Trump in Utah participate in the A.C.A. health plan. And now they are concerned and afraid. Big league.

This is not fake news. This is the “sad” truth. And easy to understand. Buyer’s remorse. We’ve all experienced it.

But what I don’t understand is  why people whose lives and families depended upon getting critical health care via the A.C.A. voted for Trump, knowing full well he was going to “repeal and replace.”

They trusted Trump? The liar he already showed himself to be time and time again?

So when Trump gets out there and tells the American people that the increases in the A.C.A. are HUUUGE, take a gander at the statistic above. In the first example I mentioned, the 30-year-old woman, who has cancer, is paying 51% more for insurance than last year.  From $47 to $95.

And then there is the regular Joe Schmo, like me, who has too high an income to qualify for the A.C.A.  He too is from Utah and has a wife and three children. He pays a premium of $1,200 per month. That’s over $14,000 per year. The Times didn’t say what his deductible is. I’m sure it’s very high.

He was quoted in the New York Times as saying “Doesn’t feel like insurance. Feels like punishment.”

So, here’s my question. IF YOU PARTICIPATE IN THE A.C.A. PROGRAM, WHY DID YOU VOTE FOR TRUMP?

Whatever the reason, Trump supporters clearly didn’t do their health care homework.

Lesson to be learned right?

Except for this: An A.C.A. repeal will likely affect access to badly needed programs for Americans with mental illness and drug addiction. And even though many of the states with the largest population of opioid drug abusers overwhelmingly voted for Trump, that would be devastating.

Many Trump voters are now making it clear that they will not support any plan that deprives them of the health care they desperately need, and now have.

And how about those people who might never have, like the catastrophic effect a repeal will have on Americans 50-64 who have not yet become eligible for Medicare.

What will happen to those folks?

Democrat Senator of West Virginia, Joe Manchin recently said it best: “Voters may not know how they got their health care, but they sure will know who took it away.”

Oh, and a shout-out to the Republicans in office: GOOD LUCK WITH THAT REPEALING AND REPLACING TASK.

2 thoughts on “$95 a Month for Health Insurance and You Voted for Trump?”