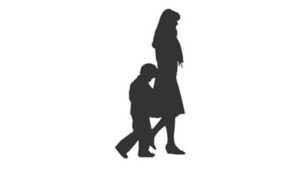 I delightfully watched three of my grandchildren at their indoor swimming lessons yesterday.

Several young girls had set up a table in the lobby, outside of the pool area to raise money for their basketball team selling water, snacks, and rubber bracelets. I purchased some chips, fruit bites, cookies, and a bracelet. My son-in-law bought a bracelet as well.

On the walk back from swimming, my four-year-old grandson asked me what the bracelet said.

“A girl can dream,” I replied. “Why only a girl?” he countered. I explained the girl basketball thing.

“Why did Daddy buy a girl bracelet? He’s a boy.” His daddy replied that he supports girls even if he’s a boy.

“Tell me what it says again,” my grandson inquired, as his teeny hand held mine tightly. “A girl can dream,” I answered softly.

Another question from my grandson: “What’s a dream?”

I tried to describe a dream as best I could. My explanation wasn’t as easy or fluid as I thought it would be.

Then I asked him if he had a dream.

“I’m too little to have a dream,” he answered decidedly.

“You’re never too little to have a dream. Or too big for that matter,” I responded.

He was quiet for a second, his face was thoughtful, and his mighty brain was churning.

Then he looked up at me and told me that he knew somebody with a dream.

“Martin Luther King, Jr. had a dream that the world should be nice,” he responded.

I was blown away by his proclamation and had completely forgotten about the following MLK Day.

“No,” my grandson replied assertively; his pint-sized pointer finger aiming straight my way. “Martin Luther King, Jr. had a dream.”

I looked down at his beautiful innocent face confused.

2 thoughts on “A Girl Can Dream”