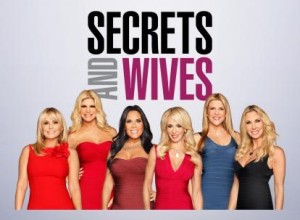 As someone who resides on the South Shore of Long Island, I was mildly interested in Bravo’s new show about six women from the North Shore. If there were any secrets, they were quickly and boringly revealed in the first two episodes. And only three out of the six are wives. The rest are single.

The show makes it abundantly clear that the “Wives” are wholly and utterly financially dependent on the past and present men in their overindulgent lives. According to the divorced Andi Black, “The men on the North Shore have the power, and they have the control.” I’m not sure where that leaves Andi.

Black’s friend Liza Sandler is being forced to sell her opulent mansion as part of her ultra-lucrative divorce settlement and is, in her words “paralyzed” by her current situation and ex-husband. She confesses to having an affair (according to the Page Six article it was with the modern day mad man, Donny Deutsch), which resulted in her divorce. If you’re going to play, you got to pay. Although it seems that Liza played, and her husband paid.

Gail Greenberg’s husband is a plastic surgeon, so she thinks she’s all that, except that she’s not. But she is impressively zippy on her SoulCycle exercise bike. Dr. G throws a fashion show at the Race Palace (an off-track race site), and as the models sashay down the runway, they announce what type of plastic surgery they had done by him. Noses, and lipo, and boobs! Oh my!

Black disparages people who live on the South Shore, calling them unsophisticated. Greenberg accuses Susan Doneson (originally from Oceanside/South Shore) of not being classy and questions her upbringing. Another South Shore dis. Their superiority is laughable. Black, who is living with Sandler and sharing her bed, discusses with her roomie, cringe-worthy topics like passing gas, and putting flowers in private and personal spaces to eliminate odors. These girls actually believe they are veritable pillars of sophistication and class.

While the women of the North Shore are quick to put down the geographically challenged who reside on the wrong side of Long Island, Black and Amy Miller are the only North Shore originals. Greenberg grew up in Harrison, New York; Cori Goldfarb is from New Jersey, and the rest of the women were originally from—the South Shore.

Goldfarb brags that her friend Amy was an ‘It’ girl in high school. “It” doesn’t work, and is financially supported by her volatile boyfriend. Her 20-year-old son is seen running after an ice cream truck in a pink tutu and bunny ears. More sophistication. Amy’s boyfriend buys her a car—a Volkswagen Bug. Or is it a Beetle? A Mercedes 350 would have been a lot sturdier.

Doneson talks non-stop about working working working, but then asks her reluctant ex-con husband for money, complaining to him that she only has $1 in her wallet. Maybe Bravo will do her a solid.

While marrying wealthy and powerful men may have its advantages, it is by no means a reflection of a person’s sophistication or level of class. And Secrets and Wives is the perfect example of that.

If these Wives are any indication of what one might find on the North Shore, I’ll stay put, right here on the South.