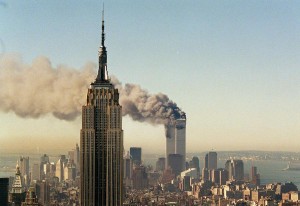 New Yorkers are known as pushy, arrogant, loud, and unfriendly. That’s the nice stuff said about us. I say we have our reasons.

First, let’s talk about the crowds in New York. Have you ever seen so many people? The streets are clogged, the restaurants are packed, and the subways and buses are like sardine cans.

Our pushiness is really a survival tactic. In order to get from point A to point B in some reasonable amount of time and in one piece, one needs to be assertive. And when dealing with so many people, we New Yorkers have to stand up for ourselves. Thus the arrogance.

Loud? Well, how else will we be heard? And unfriendly? Maybe we should say hello to every one of the thousands of people we pass daily. As Billy Joel so succinctly put it: New Yorkers are in a “New York state of mind.”

A pathetic creature of habit, I catch the 8:01 Long Island Railroad train every morning. I get on the same car and sit in the same seat. Then at Penn Station,  I take the same E subway car to West 4th Street and get out at the same subway exit. I then walk on the same side of the street for six blocks to my office on lower Broadway. On the way home, I precisely reverse the entire trip.

Every day my round trip, six-block, same-side-of-the-street walk on Broadway went like this:

I would pass a police command station permanently parked outside of Washington Square Park by New York University. In the morning, there was always the same police officer – a graying man in his fifties, bopping up and down to old rock and roll music wafting from his mobile post.

Every day I would get about a half block away from his post and try to guess what music he was playing. Sometimes it was Elvis or The Beach Boys; sometimes it was Frankie Valli singing “Big Girls Don’t Cry.”

On the way home in the evening, I would pass the command post just about the time that the morning and evening officers were changing shifts. The evening officer was in his mid-twenties and his music of choice was Billy Joel and U2.

I got to know their names –Officer Tommy in the morning and Officer Kevin in the evening. Kevin would occasionally play Beatles music and every time he did, I would compliment him on his choice, and tell him how much I liked it. When he started to play more and more Beatles music, Tommy would tease Kevin and say that he was playing Beatle music for “Madam Publisher.”  Kevin would blush and give Tommy a friendly jab on the arm and tell him to “cut it out.”

Following the horrific events of that day, our offices were shut down for a few days. My first day back into the city and back into my routine was a tough one.

After 9/11, my “normal” routine was painfully different, and I wondered if anything would ever be normal again. At the train platform, the commuters looked shell shocked and walked from person to person asking about others they hadn’t seen since the attack. We shared our good and bad news with each other. Who was okay and who was “missing.”

On the E subway, everyone seemed nervous, and we all looked sadly at each other when the conductor made his announcement: “Next stop on the E to World Trade Center is West 4th Street.” When I got off the subway, I walked numbly toward Washington Square Park.

The smell was unbearable, and I panicked at the thought of what it could be. There were flyers everywhere—faces of hundreds of men and women hanging on telephone poles, fences, park benches, trees.

As I approached my half block point from the police station, I heard the faint sound of a Beatles ballad. “I’m looking through you” was playing in the background while people walked in a haunted daze. The flyers were blowing all over the sidewalks and streets and along with everyone else, I carefully avoided stepping on them. Many passersby wore facemasks. It all seemed terribly surreal.

In the distance, I saw Officer Tommy running toward me saying, “Thank God, you’re okay. I haven’t seen you in a while. I thought something happened to you.” And he hugged me incredibly hard. I felt a little awkward so I tried to lighten up the mood. “The Beatles music,” I said to him “It’s so sad. We need your rock and roll music today.”

With his hands on my two shoulders, he looked at me through tears and said “Kevin, the night cop—you know, the kid—he’s missing. He went to the World Trade Center to help that morning and no one has seen him since.”

Then it was my turn to get teary, and with his hands still on my shoulders, we stared in each other’s eyes, slightly embarrassed.

And when the song “Blackbird,” started playing in the background, I began to cry, and we hugged again.

Officer Tommy was crushed. “He was my son’s age,” he said. “I lost so many friends. So many gone, just like that. How do we recover from this?”

I didn’t answer him, but I was fairly sure we would never recover from “this.”

As we embraced each other on the sidewalk, all I could think of was to lie to him and tell him that time heals all wounds.

We were an unlikely pair, the two of us. A police officer from the 6th precinct being comforted by the chief operating officer of an international news magazine.

Every day we would talk for a few minutes on my way to the office. He was going to ground zero most days after his shift to help “bring his brothers home.”

On the way home—at the evening shift, it was always a different officer.

And the evening shift music was gone.

One morning Tommy broke down and was trying to hold back his tears.

I told him that I found that keeping a journal was good therapy and that he should try writing everything down.

I assured him, even though it was another lie, that he could get rid of his pain through words. “I’m no writer. I’m a New York City cop,” was his reply.

But he followed my suggestion and began to write. On my way into work some mornings he would give me various things he had written and asked me to check his spelling.   I loved his writing – I felt he had real talent and told him so.

Then one day he too was gone.

At first, I thought maybe he was on vacation. But after a week, I figured he was probably not coming back. And like the evening shift, there was someone different there every day.

I finally stopped one morning and asked the officer on duty what happened to Tommy. “He’s gone. He retired from the force. He couldn’t take the job no more.”

I often wonder why he never gave me a heads up or said goodbye.

Some might say he was a typical New Yorker.

The last time I saw Officer Tommy, he had given me the poem below for me to read.

I never even got the chance to tell him what I thought about it.

Rake gently over our brother’s grave

Speak softly where he sleeps

Raised well above these ruins of death

He speaks to us

Amid the numbing breeze of winter’s breath

We salute our brother and raise our palms

Raised well above our breast

We crease our brows, our minds, our hearts

Where underneath our brother lies

In sorrow, we salute him 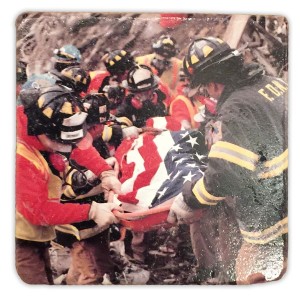