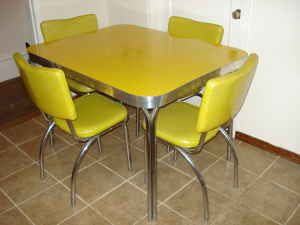 It was a Sunday morning in February of 1960.

Mem agreed, but where would she go? Mom mentioned someone I had never heard of before — Samir. Whoever this Samir was, he owned apartments, and Mom said that if she had to get on her hands and knees and beg him to find a clean and safe place for Mere Germaine to live, she would do it.

Mem spoke back to Mom in French, but I understood everything. Mem was telling Mom that if Samir found a place for Mere, he would want something in return. “Nobody gives anything for nothing.” And Mem warned Mom that seeing me would surely be part of the arrangement.

Me? What did I have to do with any of it? Mom asked Mem if she had any other ideas, and Mem said no. All in French.

I sat quietly, eating my butter and strawberry jam sandwich. “Well, then it’s settled,” Mom said and picked up the phone.

“Samir? It’s Natalie. Yes, I’m fine. Yeah, she’s a big girl already.” I assumed they were talking about me.

“I need your help Samir, but hold on.” She then kicked me out of the kitchen and told me to go to Mem’s room.

Since Mem’s room was at the other end of the apartment, there was no way I could hear the rest of the conversation.

The following Sunday, I helped Mom and Mem move Mere to the other side of Bridgeport. It wasn’t the best neighborhood, but it was way better than White Street.

As I ran around Mere’s new apartment, there was a knock at the door. When Mem opened it, a grey-haired man stood smiling at me.

“Look at you,” he said, arms outstretched. I was frightened and looked at Mem, who introduced me to Samir as my grandfather.

He lifted me off my feet and kissed me twice on each cheek. I was confused, but I liked the attention.

Then he put me down, and the two of us walked hand in hand to his house, which was a few blocks away.

While Samir was in the bathroom, I opened his refrigerator. There, on the top shelf, was a huge cow’s head with its tongue hanging out. I let out a scream and slammed the door. Samir flew out of the bathroom, and I pointed to the refrigerator. He laughed and told me I shouldn’t put my nose where it doesn’t belong.

Then Samir turned on the radio and was singing along to a song I had never heard before: ♪ …you can kiss me on a Wednesday, a Thursday, a Friday, and Saturday is best. But never, never on a Sunday, a Sunday, a Sunday, ’cause that’s my day of rest…  ♪ It was a catchy tune, and I hummed along as Samir prepared us something to eat. When he opened the refrigerator door, I squeezed my eyes tightly shut.

As we sat at his kitchen table, a boy in his early teens stopped by.  I was sitting on Samir’s lap, spooning a bowl of coffee filled with ripped-up toasted bread into my mouth like it was soup.

Samir called the boy Luke, and I could see right away that there was going to be trouble. I wanted to jump off Samir’s lap and make a run for it, but I was incapable of moving.

Luke was boiling mad and pulled out a gun. I had never seen a real gun before, and I was shaking.

Samir told Luke that I was Tony, Mick’s kid — and his niece, and warned him to think carefully about his next move.

Samir then told Luke to calm down and slowly took me off his lap. I bolted for the closest room, which was the bathroom. I knelt on the cold tile floor and kept the door slightly ajar so I could see what was happening.

Luke called Samir a thief, and Samir calmly told him to put down the gun so they could talk.

Luke put the gun on the table, and when Samir stood up, it seemed like he was going to hug him. But instead, he punched Luke in the face — first with his right fist and then with his left. Blood from Luke’s nose splattered all over Samir and the yellow kitchen table.

I will never forget the look on Luke’s face. It wasn’t pain or anger — it was more of sadness and misery. I can still see his eyes today, brimming with tears.

Oddly enough, I wasn’t scared — I felt pity for Luke. As he backed away from Samir, he called him a shit father.

Then he turned in my direction — one side of his bloody face was already starting to swell.

As I continued to peek out through the crack in the bathroom door, Luke gave me a wink before he left.

3 thoughts on “My Stolen Diaries – Chapter 4: The Yellow Kitchen Table”