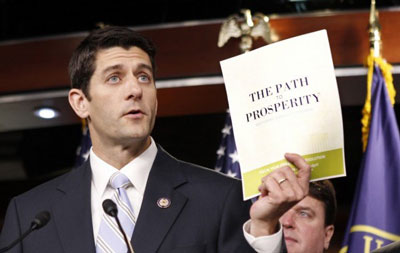 The Republicans are back at it again. The ruthless party that keeps on screwing with everybody—except their uber-rich donors and cronies. Oh and of course, themselves.

This time they’re trying to slam the door on those of us who have been responsibly saving for our retirement through our 401(k)’s.

How? House Republicans are shamefully considering capping the annual amount hard working Americans can set aside for their future to as low as $2,400 for 401(k) accounts!

Now many of you Republicans out there will find some lame excuse for this greedy plan. You always do.

But there is no denying that the Republicans are actively and seriously discussing a proposal to sharply reduce the annual amount workers can set aside and save in tax-deferred retirement accounts.

But if the Republicans get their way, our ability to save for our retirement will be taken away from us.

Now the Republicans are trying to control how much money we can save for our futures?

DUH. Republicans need it to offset the revenue loss from having to reduce business tax rates.

You know, take whatever you can from us hardworking slobs so you can give it to your wealthy donors who are breathing down your slimy necks for you to SHOW THEM THE MONEY—or else.

By lowering the cap for 401(k)’s, Republicans can collect tax revenue on all that money that Americans could otherwise be saving tax-deferred, NOW, instead of later.

WOW. Is there no limit to the lengths that Republicans will go to line the pockets of their rich friends—and themselves?

Oh, and one more maddening tidbit of information: The Congressional Joint Committee on Taxation estimates that tax exclusions for individual retirement contributions will cost the federal government $115 billion in 2018 alone!

Republicans are frothing at the mouth for that money.

I don’t know how you feel, but 2018 elections can’t come quickly enough for me.