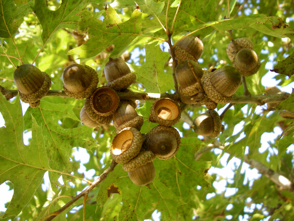 Who knew Oak trees ladened with acorns could result in Lyme disease?

In 1969, the first case of Lyme disease in the U.S. was discovered in a grouse hunter from Wisconsin.

But the disease didn’t get its name until 1975, when there was an outbreak in children from Lyme, Connecticut.  And then in 1982, the bacteria responsible for causing the disease was finally identified.

According to the Cary Institute of Ecosystem Studies, a bumper crop of acorns could be putting the U.S. on the brink of an unprecedented outbreak of Lyme disease. Rick Ostfeld, a disease ecologist at the Cary Institute, estimates that 300,000 Americans are diagnosed with Lyme disease each year, but that the illness is now on track to being the worst in 2017.

The mice and deer both carry ticks that drop off in the winter. The following year the female ticks lay their eggs and hatch larval ticks. Those larval ticks become infected when they feed on the mice and deer, so the whole process takes about two years.

Ticks can be as tiny as a pin prick, and easy to miss. Not everyone gets a rash, and flu-like symptoms are easily overlooked and/or misdiagnosed.