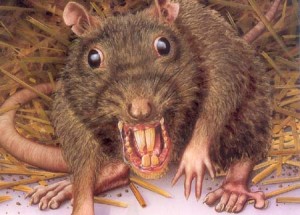 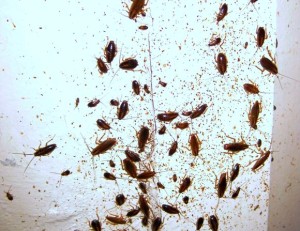 Following the arrest and death of 25-year-old black man Freddie Gray of Baltimore, hordes of local residents took to the streets in protest.

During sometimes violent incidents, over 250 people were arrested, at least twenty police officers were injured, hundreds of businesses were damaged, and there were countless vehicle and structure fires.

Many Americans think that the news media has covered the incident ad nauseam. I say it hasn’t been covered enough.

It seems everyone has an opinion. It also seems like the consensus is that there is no easy answer for what ails Baltimore.

It seems fairly obvious to me.

Those first nine years of my life left an indelible and forever mark. Not one day goes by, that is not touched somehow by those frightening, hopeless, and haunting years.

One of my first memories at about four or five was of intense stomach pain. My belly always hurt—real bad. I would go to bed with the pain and I would wake up with it in the morning. Turned out it was a combination of hunger—and worms. Yeah—my little body was full of worms.

Many individuals have been quoted saying that the people in Baltimore need to take responsibility for their lives—their choices.

Okay, maybe you can say that about an adult. But how does a five-year-old child do that?

How does a teenager do that?

For any parent, you know teenagers taking responsibility for anything is a challenge.

Now back to my memories of poverty.

The worms were scary for sure. But not as scary as the bugs. Big ones. Big bad cockroaches. They came out fast and furious.  And they were bold. They mostly came out in the dark—scurrying all over the walls and surfaces when the lights would be flicked on as we entered our apartment. Our tenement apartment was meticulous. But they came in droves anyway.

I still associate the bugs with my difficulty breathing. My grandmother thought I was anxious. I was diagnosed with asthma. I have often wondered if my childhood asthma was really just a byproduct of the constant inhaling of bug spray.

I was a scrawny and sickly kid. Looking back, it’s no surprise to me—bug spray and worms can wreak havoc on a child.

Every early morning, my grandmother would take the shoeboxes and roam around our apartment, throwing the successful rat traps into it. Once one box was full, she would get another one.

The shoeboxes would be full of rats with broken necks. Better dead than scurrying around hangry.

My grandmother would calmly throw the rats into the outside garbage can and put the shoeboxes back in its place under the sink.

I was an inquisitive child, so I asked a lot of questions.

I wouldn’t call myself a rat expert, but I knew quite a bit about them.

My math skills weren’t the best, but I knew that where there was one rat, there were many more. Rats have large families—up to forty or fifty.

And since rats rarely walk more than a few hundred feet from their birthplace, if I saw one, the other forty or so were probably close by.

The good news: Rats had a one-year life span so they didn’t live long.

As you can imagine (or not), I was obsessed with those rats. So was my grandmother. She would methodically and carefully inspect all of the lower parts of our walls—particularly in the bedrooms, at about one inch from the floor.

You see, rats like to hug walls, and they would leave behind dark marks—oil from their hair.

BTW, I mostly slept with my grandmother in her bed.

Although I would have preferred mice to rats.

But I didn’t have a choice did I?

While other children in better zip codes were doing whatever kids in better neighborhoods do, I was preoccupied with rat traps, rats, and cockroaches—mulling the same questions over and over in my head: Do rats eat cockroaches?  Do rats ever stray from the walls?

And as if that wasn’t enough fear for one young child.

My biggest fear of all?

Because everything came out in the dark.

I often go back to those dreadful memories and wonder who I would have been—had I never gotten out of there.

How many times I’ve asked myself that question.

What if I never got out?

What if I was black?

I might have set fire to a few cars and buildings myself.

1 thought on “My Memories of Poverty”