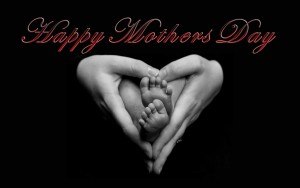 While its roots can be found in ancient Greek and Roman times, Mother’s Day started in the United States as a way for mourning women to honor fallen soldiers and work for peace.

In 1868, the special day was organized to allow mothers of Union and Confederate soldiers to come together in the hopes of eliminating the divide between them, as a result of the Civil War.

And the dates may differ, but no matter where you are in the world, there is a special day to celebrate moms.

The bond that we as mothers share with our children is like no other. We carried them, sustained them, and shared our sustenance with them for nine months. During my pregnancies I was in awe of every moment of the miracle growing inside of me.

And I’m sure most mothers would agree that the love we feel for our children is immeasurable and will last beyond forever.

What makes me truly happy on Mother’s Day has zero to do with the cards, gifts, calls and visits.

If my children are happy—then I’m happy. And the best gift my children could ever give me—was already given to me the day each of them was born.

Below are a few of my fave “Mother” quotes:

The moment a child is born, the mother is also born. Rajneesh

Mother is a verb, not a noun. Proverb

A worried mother does better research than the FBI. Unknown

A mother is a person who seeing there are only four pieces of pie for five people, promptly announces she never did care for pie. Tenneva Jordan

Biology is the least of what makes someone a mother. Oprah Winfrey

It’s not easy being a mother. If it were easy, fathers would do it.  From the television show The Golden Girls

Women’s Liberation is just a lot of foolishness. It’s the men who are discriminated against. They can’t bear children. Golda Meir

Children are the anchors that hold a mother to life. Sophocles

A mother’s love for her child is like nothing else in the world. It knows no law, no pity, it dates all things and crushes down remorselessly all that stands in its path. Agatha Christie

A mother’s prayer is that her children will love each other long after she is gone. Unknown