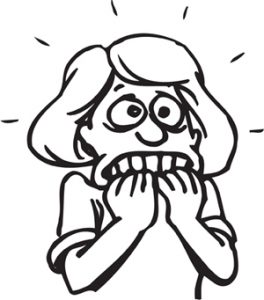 As of right now, I plan on attending my 45th reunion from Staples High School in Westport, Connecticut, next weekend.

At 63, I see myself as independent, confident, and strong-willed. But I wasn’t always that way.

My looming reunion has me going back in time to my 1968 self — anxious, teased, meek and weak.

Taunts like “Theresa the Greaser,” “Olive Oyl,” and “The Mod Martian” were some of the names I painfully recall when I look back on those not-so-wonderful years.

I wasn’t invited to any of the fancy schmancy parties, although I would strain to hear the popular kids excitedly talk about them before class, in the gym, and at lunch.

At dances, I was the perpetual wallflower, sitting in a corner uncomfortably observing high school life passing me by.

And the fear of having my name “Theresa” be forever associated with the word “Greaser” was the reason I decided to drop the name altogether and use my nickname, “Teri.”

I grew to hate my own name. If anyone called me Theresa, I refused to answer to it. As a result, I haven’t referred to myself or been called Theresa for over 48 years.

Now, I don’t want you to think I had zero friends because that wasn’t the case at all. I had some really terrific friends, which is why I’m on the fence about going to the reunion. But what if they don’t show up? Who will I talk to? Who will I hang out with? To go or not to go.

And I also don’t want you to think there were hundreds of haters out to get me. No, not hundreds, but enough to make my 10th year in high school unbearably lonely and downright miserable.

To ward off the haters, I reinvented myself in the summer of 1969 in preparation for the 11th grade. To give credit where credit is due, my best friend at the time showed me the wealthy way to fit in: the latest and greatest hairstyle, expensive, somewhat revealing trendy clothes, push-up bras, and makeup. Lots and lots of makeup.

I called it my war paint. To this day, I despise wearing makeup and still refer to it as war paint. I artfully paint it on whenever necessary and wipe it off as quickly as possible.

But in the summer of 1969, I wore that war paint proudly—and often. And with the makeup, along with all the other superficial fixes, I succeeded in throwing Theresa far far away.

And I won the war. Because guess what? The haters stopped hating. Which was weird because I was the exact same person. Okay, to be sure, I had way nicer clothes, straighter hair, and at least the appearance of bigger boobs.

My early high school experience definitely shaped who I am today; steadfastly intolerant of bullying and totally and utterly unimpressed with the rich and famous.

And all of that rejection was forever ago, so in preparation for possibly attending my 45th reunion, why is it that I can’t stop feeling like that anxious, skinny, homely girl back in 1968?

Which is why last night I made a final decision not to go.

Only to wake up this morning and decide to just suck it up and go already.

I don’t know if I’ll show up or not. I guess I’ll wait until next Friday and see how I feel.

At least I don’t have to worry about getting a huge ass pimple on my face. That was so 1968.

But, to all my fellow Stapleites: if I do happen to show up for the reunion, and you happen to see me sitting in a corner—wallflower style, pretending my phone is blowing up with activity, please say hello, and let’s remeet each other.

Because I’m Theresa, hear me roar. 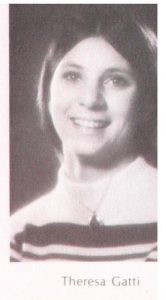