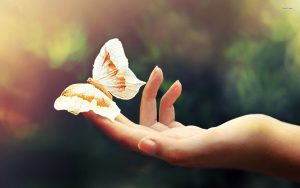 I’m constantly asking myself: Is this a sign, is that a signal, or is it all just a coincidence?

And I’m always looking for coincidences and/or signs based on dates my loved ones passed, birds, butterflies, coins, the number 18 or its multiples, blah, blah, blah.

Some Teri sharing, before I lay it all out for you…

In the Jewish numerological tradition of gematria, the number 18 has long been viewed as corresponding to the Hebrew word “chai,” meaning “life,” derived by adding the eighth and tenth letters of the Hebrew alphabet, chet, and yud.

Many Jews who write a check on the occasion of a celebratory event, will use a multiple of $18, which is synonymous with “L’Chaim,” or “To Life.” So, if you ever receive a check from a Jew with an odd numerical value like $432, you’ll know why.

My husband and I like to tell the following anecdote regarding a used car we once purchased in Florida while visiting family:

The next-door neighbor of my sister-in-law quoted us a price of $17,500 for the purchase of his several-year-old Mercedes E350. My husband made a counteroffer—of $18,000. The neighbor looked at us like we were nuts, but he immediately shouted, “Sold!” He thought he’d gotten one over on us, but that long-in-the-tooth car ran like a lucky charm and gave us many years of excellent riding. So there.

You name it; I look at it as a possible signal; from someone gone from my life through death, or denouncement, or people I love, but no longer have a relationship with.

And unfortunately for me, the list of dead, those who have denounced me, and those I have let go of for my own reasons is a long one.  Way too long.

So, in order to deal, or maybe to heal, I’ve programmed my brain to watch for patterns of coincidences.

My husband laughs me off and calls them “coinkydinks.”

But I can’t find the funny in any of it. Because I do think that something way more than chance is at work in the universe. Or at least in my universe.

Which is why I want to share with you a recent set of events and see what you think.

A chain of coincidences so eerily meaningful, that they must have been meant for me.

Friday, March 22, was the day my grandmother Alpheda Fox died 36 years ago.

She died on a cold and rainy night on that direful March 22, 1983, twelve days before my 30th birthday.

My grandmother went by the name of Freda, but her given name was Alpheda.

She never liked her name, but I loved it and thought it was a one-of-a-kind original. Like her.

For those of you who know me or are readers of my blog posts, you know that my grandmother played a significant and huge part of my life.

Anyway, this past March 22, I was up at Lake Placid over the weekend for the ECAC Men’s Ice Hockey tournament.

Depressed, and on the way to the Herb Brooks Arena that night, I silently asked my grandmother to send me a sign to let me know she wasn’t gone gone.

In my one-sided inside voice conversation with my grandmother, I assured her that it didn’t have to be a major sign, but something that would stand out to me. Something that was too coincidental not to be a sign from her to me.

It was a long shot request, and I forgot about it.

We got to the rink early. The Harvard players were skating onto the ice.

The first player to come out was wearing number 18.  Okay.

Not only did it start with an A, but Adam was a consequential man in my grandmother’s life. The longer story of Adam I will save for another time.

But the shorter story was that when Adam died, he left my grandmother enough money to help get us out of that horrendous apartment on Huron Street.

Huron, with an H.

Harvard, with an H.

I was a very happy Teri who didn’t feel sad or depressed any longer and who didn’t have to pretend to enjoy herself because my grandmother was in the rink.

Despite Adam Fox playing one heck of a game, Harvard lost to Clarkson.

Adam was on the losing end, but I had won. Big time.

And unbeknownst to him, Adam Fox in his number 18 jersey was my Friday night hero.

5 thoughts on “Signs from the Universe”