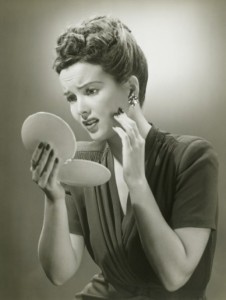 According to scientists, 60 is the new 40, and healthier lives mean people now hit middle-age much later in life. This is awesome news for me now that I’m 62. So I’m figuring it’s time to party hard, right?

No one likes to party more than me, but here is the question I keep asking myself:

Is there anything to celebrate about turning 60 and then beyond?

I’ve been assiduously mulling over the pros and cons of 60+. Try as I may, I haven’t found much to celebrate, and I’m struggling to think positively here, but there just aren’t a ton of advantages to oldness.

After much consideration, I was able to find one glorious Pro: I can finally say no.

I can’t avoid aging, but at least I’m now old enough to not  care one hoot about what anyone else thinks or wants. It’s finally all about me, with no regrets and no apologies.

So no, I’m not commemorating 62, but I have come to terms with it.  And I would like to think I’m at a stage in my life where I am also at peace with my age—and my wrinkles. But please do me a favor, and NEVER call me a senior.

And let’s be real—it’s exceedingly difficult to jubilate over my crow’s feet, laugh lines, jowls, and the dreaded “11’s” in between my hooded eyes. But the alternative is for sure a whole lot worse.

So I’ve created my own take on an old rant:

I’m old as hell and I’m not doing that anymore.

I first heard a similar phrase back in 1976 while watching the American satirical film Network. Howard Beale (played by Peter Finch), was a longtime newscaster at the United Broadcasting System, who was fired because he skewed old. Beale couldn’t fathom losing his 25-year post as lead anchorman simply because of his age.

So in his next broadcast he announced to his viewers that he was going to commit suicide on his final program. UBS believed that they would have their greatest ratings ever and hyped Beale’s fateful and final telecast as a momentous, must-see event. No surprise that Beale didn’t follow through with his suicide threat.

But he did go on a maniacal rant and concluded his tirade by challenging his viewers to: “Go to the window and shout as loud as you can: ‘I’m mad as hell and I’m not going to take it anymore!'” His ravings make him an icon and Beale landed his own show and became the hottest TV personality in America.

Now, I’m not going to scream out any windows, and my “hot” days are long gone, but I can finally run my own show.

And I’ve given up faking my age. I used to shave off ten years, but it got complicated and confusing. One tiny white lie turned into an entire ruse. Take for example this innocent question: “How old were you when you had kids?” The honest answer is 31 and 35. But I had to remember the minus ten-year rule, so the fake answer was 21 and 25. “Wow, you were young when you had kids,” my friends would retort, as I sheepishly agreed.

And then there were the times that I forgot about the negative ten, and would ruminate about things that I was barely born for like almost making it to Woodstock. I had to backtrack that white lie by adding that my mother was going to accompany me since I was a mere six years old.

And then there was always the uneasiness that my husband or offspring would spill the old age beans. But those days are thankfully gone. Now, I just don’t care what other people think about my older-than-dirt self. Because I’m old as hell and…

Every now and then, I get requests from colleagues asking me to speak at some conference, workshop, or seminar. They try to convince me that it will attract lots of business prospects.

In the old days, even though I would have preferred to stick a hot poker in my eye, I would succumb to the pressure, and say “yes.” Now? I say, “Thanks anyway, but my prospecting days are over.”

As recently as five years ago, I understood the importance of doing things I didn’t enjoy or want to do. But those days are long gone. I’m older and wiser now.

When I’m asked to make dinner for the masses, I politely notify: “I don’t have the strength at my age.”

Turnaround business trips to wherever? “I’m not able to do that any longer.”

Obligatory outings? “I can’t sit for that long.”

Need help moving? “My back is shot.”

Now that I don’t have to prospect, cook, travel, or move people, I have a lot of time to ponder and observe women like me who are getting long in the tooth. And yes, there are some women aging quite well out there. But there are also way too many women who have gone under the knife, a few too many times. The search for the fountain of youth can sometimes get very (and I mean very) ugly.

You know the look: Windblown facelifts that resemble trudging through a typhoon…

And let’s face it—ageism, no matter how young you look for your age, is a real downer. Plus as the saying goes: You’re only as young as your neck.

These days, it seems that everyone is obsessed with fixing old. There’s microdermabrasion, triphasic facials, Botox, fillers, hair extensions, acrylic nails. There are butt lifts, breast and chin implants, tummy tucks, liposuction, lip augmentation, blah, blah, blah. Is there anyone authentically old left out there?

And am I the only one who is sick and tired of the Victoria’s Secret models prancing around in undergarments? I can’t wait to see what they look like at 62. Oh, I almost forgot—I’ll be long gone by then.

I try to stay in shape—trying  being the operative word, because I’m just too damn old to be jogging, spinning, cycling, weight training, and the like. Hell, I can barely dance without limping around hunched over the next day.

I prefer to think of myself as “Native American Summer”—before politically correctness kicked in, aka Indian Summer. 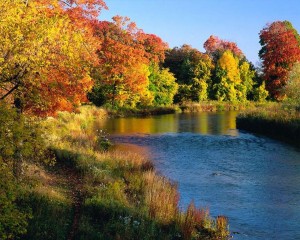 Somehow Native American Summer just doesn’t have the same ring, but call it what you want. Bottom line: I am under a warm calm spell, with the sober realization that a long, cold winter is on its way. As I enjoy the tranquility and serenity of my old age, I know that my personal El Niño is lurking around the corner.

I try not to look back at the days when I would walk into a room or down the street and actually get noticed. Now I am invisible to all. The upside of being a ghost is the increased freedom to explore who I am without all the scrutiny or outside expectations. My irrelevance has made it easier to relax—and be myself.

And I’m finally able to focus on what I want to do, and not what I should do to make everyone else happy about me, my lifestyle, my career, and my life choices.

I once read a fascinating article by Pulitzer Prize winner and psychologist Erik Erikson regarding his belief that there were eight psychosocial stages of life development. His theory has stuck with me and goes something like this:

The first year of life: “I am what I am given.”

Second and third years of life: “I am what I will be.”

Fourth through the sixth year of life: “I am what I imagine I will be.”

Age six through puberty: “I am what I will learn.”

Adolescence: “Who am I?”

Early adulthood: “I am what I love.”

Middle adulthood: “I am what I create.”

Late adulthood: “I am what survives me.”