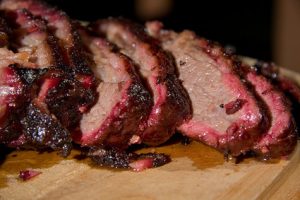 This past February my husband and I drove several hours with our grandsons to Lake Placid for the 2019 ECAC Hockey Championships taking place at the famous Herb Brooks Arena.

Cornell was in the finals against Clarkson, and it was EXCITING!

After trying time and time again to score on Clarkson during the second and third periods, Cornell sophomore forward Tristan Mullin tied up the game up with 5:41 left in regulation.

The Cornell fans were jumping and screaming and ready for OVERTIME!!!!

I was in my glory, bear-hugging my husband, and looking forward to creaming Clarkson…

…Until the grandsons tugged on my sweater while moaning that they were tired and wanted to go back to the hotel.

I tried everything in my power to talk them out of wanting to leave, assuring them that they were going to regret their decision.

I offered them hot dogs, popcorn, pretzels, ice cream, tablet time. You name it, I bribed them with it.

Until they started to cry.

So, what choice did I have but to take the boys back to the hotel?

As we were leaving, the Cornell fans were shaking their heads in shock. “YOU’RE ACTUALLY LEAVING?” several asked in astonishment.

Trudging back to the hotel, people who couldn’t get tickets were hanging around the arena, listening to the game on their phones, while I made one last-ditch attempt to convince the grandsons to go back.

Forget it. They were determined to go sleepies.

When we got to the room, they collapsed on their beds and were sound asleep in minutes.

It was early, and I didn’t know what the heck to do with myself.

I didn’t want to turn on the lights or the television for fear of waking the boys, so I started combing through my phone for something to do.

It’s looking up recipes and then mixing and matching them to come up with my own personal spin.

So, here I was in the dark, with nothing to do.

What better way to spend my time but to look up brisket recipes?

In between writing down a combination of recipe ideas, I was getting a play by play update from my husband via text.

Text from Hubby: Galajda [the Cornell Goalie] just left with a knee injury! The net pushed on top of him from behind, and the idiot officials never stopped the play! I wish you could see this craziness.

My reply: Yeah, okay, thanks. Why don’t you rub it in?

Then I scribbled down a killer brisket rub I found.

Text from Hubby: Turns out Galajda might have also injured his neck while trying to lift the net off his back! McGrath replaced him with just 3:47 left in the game. The Cornell section is going insane!

Hmmm, add a little dark sugar to ramp up the gravy flavor.

I was furiously writing down my brisket ideas as my husband continued to furiously text.

My reply: What’s unfair is I’m stuck in this hotel room looking up freaking brisket recipes. And I’m getting hungry. Can you bring me back a hotdog?

The next morning, the boys wanted a blow by blow description of the game.

Really????  NOW you’re interested in the ECAC game of the century?

Then we packed up and drove several hours home as the boys exclaimed how they couldn’t wait until they came back for the championships next year.

Yeah, okay, as if I’ll drive a gazillion hours to look up brisket recipes next year.

I missed the most exciting hockey game of the season, but I was able to cobble together one heck of a…

In case you want to see the ECAC Championship craziness