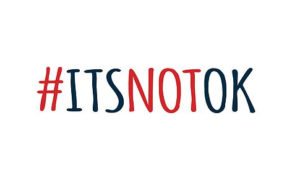 Michelle Obama’s epic and deeply emotional speech denouncing Trump’s predatory language about how powerful men can do anything they want to women was the impetus for writing this blog post.

The untold thousands of accumulated words painfully written here there and everywhere.

Some boldly stated in a diary, a folder, a Word document. Some more subtly hidden in a poem, a painting, a short story.

But ironically, Trump’s own words bragging about sexually assaulting women both infuriated and invigorated me to come out and finally say what I’ve wanted to shout from the rooftops for decades.

Okay, maybe shouting it out would still be too painful and way too shocking to those who know me, but don’t really know me.

Baby steps, I reminded myself as I tossed and turned in the middle of the night for the past week or so.

The question of “Why wait for decades before coming forward?” has dominated the recent airwaves.

Why would any woman wait for years to speak out against a man who has helped himself to her body parts against her will?

It’s a valid question, although I’m certain that if a woman is asking it, she has never been a victim of sexual assault or molestation.

Because if she had been one of the “unfortunates,” she would know the answer.

Like maybe they’re heartbreakingly too young to understand, or too frightened to speak up.

How about the fear of retribution or victim shaming? Or the accusations of scheming, man-baiting, lying, exaggerating?

Perhaps they don’t want to be shunned or rejected by their community, friends, family, or permanently branded as “used goods.”

Or maybe they’re not tough enough to fight the battle, the war of words, the degradation, the self-loathing, the guilt, the never-ending nightmare.

Michelle Obama’s quavering words salved my scorching soul and pretty much said it all: “I can’t stop thinking about this… It has shaken me to the core…no woman deserves to be treated this way…The belief that you can do anything you want to a woman… It’s that feeling of terror and violation that too many women have felt when someone has grabbed them or forced himself on them, and they’ve said no but he didn’t listen …This is not normal…it is cruel. It’s frightening…It hurts.”

And then Trump’s response which sent chills through my body: “I’ll take all of these slings and arrows, gladly for you,” he bellowed as the audience roared with cheers.

Sure Donald, play the victim. Call it a conspiracy. Label your accusers as liars, unattractive, desperate for attention. That’s what accused men do.

Baby steps. One foot in front of the other.

I didn’t think Trump could ever say anything that would resonate with me, but I couldn’t have said it better myself when he uttered these words: “They will seek to destroy everything about you…they will lie, lie, lie, and then again, they will do worse than that.”

Yes, I agree with you, Donald. But not in the way you would want me to.

Because your “they” and my “they” are what sets us apart.

And to the Trump supporters, I say: Yes, indeed. Your man Trump speaks the truth for once.