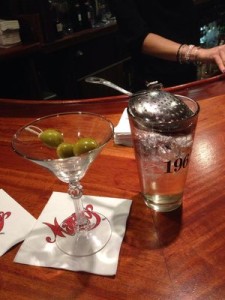 This has been an extremely difficult and depressing blog to put together.  Mostly because not knowing my father, has created a life-long hole in my heart. I was once told by a close friend, who has been the unfortunate recipient of my non-stop father narratives, that I have a broken wing. I tend to disagree. To me, I have two broken wings.  As far as I’m concerned, as long as I have unresolved father issues, I will never fly free.

While writing and agonizing over my father these past few days, one question kept popping up in my head: How could I possibly share my heartbreaking story about my lost father to the cyber world?

A friend recently assured me that the best storytellers are those who are brave enough to tell their stories. And this is by far the most painful story for me to tell, on so many levels. But here goes.

My father was AWOL. He was absent from his post without, (or perhaps with), official permission, but without intending to desert. This is how I choose to describe my elusive father.

On a side note, Mario’s Place, the legendary restaurant and bar in Westport Connecticut, and a mainstay since 1967 served its last meal on Saturday night April 4. Unfortunately, I missed the memo about the last supper, until this past weekend. Another blown opportunity.

Mario’s—as it was known to all, was across the street from the Westport train station, and the place to be, starting around 6 pm every Monday-Friday. Mario’s was frequented by the original Mad Men, their wives, their kids, and pretty much everyone who lived in Westport and beyond.  The “beyond” is the story I want to share with you.

In my twenties, my favorite night was Wednesdays. I would jump off the train after a grueling day at the office, and treat myself to a Mario’s dirty martini with bleu cheese olives—considered by many to be the best martini in Connecticut. Several of my old high school friends had the same idea, and we would all meet there pretty much every hump day for martinis, laughs, and some much-needed sidekick therapy.

I know you’re asking yourself what Mario’s Place has to do with my father.

Because he was right there at Mario’s.  And I was so close to living out my father dream.

According to a not-so-long-ago-discovered aunt, my father; her brother, followed me via private detectives my entire life.

At my first meeting with my two aunts and five half brothers and sisters—it was explained to me that my father, the man I assumed deserted me, had a “Teri file” full of newspaper clippings, photos, investigative reports, and returned letters and cards he had sent to me over the years.

One of the investigative summaries was about Mario’s—and my Wednesday martini runs.

According to my oldest aunt, I was an urban legend of sorts.

At that meeting, I took as many notes as possible. I suppose you could call them my cold case files.

From my notes, this is the story that my father on many occasions, told to my aunt, in as close to her words as is possible:

In December of 1978, Mike hired a detective to find Terry just after her 25th  birthday. “Two towns over,” the detective told him. “She gets off the train and goes to Mario’s across the street. She has a drink with her friends and eats dinner there every Wednesday. She usually gets there around seven, seven-thirty.” So Mike pains over the decision. What to do?  Should he go to Mario’s?  Introduce himself?  “Hi, I’m Mike–your father. Nice to meet you,” he recants to his sister. It had taken him twenty-five years to get to this point.  And now he didn’t know what to do.  It was close to six o’clock one random Wednesday, and as he held his little girl Georgette, his answer was clear.  He grabbed his wallet and drove over to Mario’s with his best friend.  When he got there at 6:50 the place was packed. He found a seat at the bar, took out his wallet, and ordered a shot of scotch — he needed it badly.  He ordered a couple more shots and was feeling no pain. Soon Mike heard the train whistle and he knew this might be it. When Terry walked in, he recognized her right away. “She was tall and thin, dark-skinned and exotic looking,” he recalled to his sister. She walked by and was so close, he could smell her perfume. She was practically standing right next to him talking to her friends. It had to be her — she was the spitting image of him.  It was unmistakably Terry, even though the last time he caught an actual glimpse of her, she was around six years old; maybe seven. Mike turned toward her and watched her as she laughed with her friends. She walked up to the bar, and ordered a dirty martini, with bleu cheese olives. “A martini drinker,” he told his sister, “a man’s drink.” She opened up her purse and took out a cigarette–a Marlboro, and asked the bartender if he had a light. Mike looked at her and said: “Here, let me light it for you.” As he fumbled in his shirt pocket for his lighter, Terry turned to Mike, and her deep brown eyes met his. “Dark Syrian eyes,” he told his sister. “Just like mine.” Terry smiled at Mike and said “thank you” as she leaned close in for him to light her cigarette. “Beautiful smile, beautiful teeth,” he told his sister. After Mike lit her cigarette she looked in his eyes once more, thanked him again, and walked to the end of the bar to hang out with her friends. Just like that, the meeting was over and she was gone. He told my aunt he didn’t know what to do. He felt like he had been punched in the gut.  He ordered shot after shot while trying to drum up the courage to introduce himself. He watched her for another hour.  But he couldn’t do it. So he left Mario’s wondering if he would ever see her again. He also left behind his wallet, and never went back for it. He drove the rest of his life without a license. And he never saw Terry again. But he never forgot about her.

That was my aunt’s story. He never saw me again. I had looked straight into my father’s eyes and didn’t even know it was him. He lit my cigarette. As I sat at the table stunned, I was thinking about so many scenarios that could have happened. How I wish he would have put his hand on my shoulder and said: “Can I talk to you for a sec?” He told my aunt that I was a high-class girl and he wasn’t sure how I would react to meeting him.  He didn’t know me at all. I was just a poor girl from the streets of Bridgeport. Just a nobody in desperate need of a dad.

I thought that was all my newly-found aunt had to say. Hadn’t she said enough? I was fighting back the tears and wanted to get the hell out of there.

But she had more to say.

Sometime in early 1990, Mike found out he had stage IV lung cancer. The doctors told him he didn’t have long to live.  According to my aunt, he still wanted to meet me — one time before he died. He wrote and rewrote a letter, and then mailed it to the last known address he had for me. And then he waited and waited for my response. After a couple of weeks, he figured I either wasn’t going to respond, or I never got the letter. He was hoping it was the latter of the two. And then one day, to his surprise, in early March of 1990, a letter arrived from me. He told his sister that he was afraid to open it. The contents of the letter upset him terribly. “Don’t ever contact me again,” she wrote, “I have no interest in ever having a relationship with you.” It was simply signed, “Teri.” He put the letter in the “Teri suitcase” along with all the other information he had accumulated.

“Why did you not want to meet your father?” my aunt queried. “He would have loved that,” she continued.

To be clear, I wrote no such letter.  And it is beyond my comprehension why anyone would be so callous as to write to my father in my name. But it had been done, and now he was dead.

I hate that he died thinking I wanted nothing to do with him.

And I’m sad to think that he believed that I had so cruelly written him off in his hour of death.

Today, as I finish up this blog, I’m feeling weary.

And I sure could use one last dirty martini at Mario’s Place in my father’s honor. 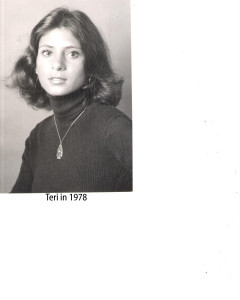