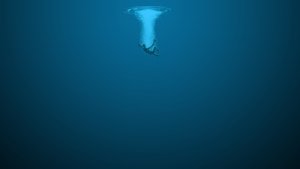 National Suicide Prevention Awareness month came to a close this past Wednesday.

When I sat down to research and blog about the topic earlier this month, I couldn’t write about suicide without also discussing depression, addiction, and chronic pain.

This country has a serious epidemic on our hands and mental health issues need to be addressed year round—not just in September.

While reading this blog, if you think I’ve made a mishmash out of addiction, depression, suicide and chronic pain, it’s because they are all linked and related in so many unfortunate ways. A heartbreaking and devastating mishmash.

Depression and other mood disorders are the number-one risk factor for suicide. Drug abuse and alcohol (with no diagnosis of depression) are a close second.

Suicide is the third leading cause of death among young people with mental health disorders. Statistics show that nearly 40,000 people die from suicide in the United States every year. And suicide also shares a dangerous and undeniable link with the disease of addiction.

According to the National Alliance on Mental Illness, 1 in every 3 people who die from suicide are under the influence of oxycodone, heroin or alcohol. One of the most shocking facts about suicide for me, is that most people who attempt suicide never seek professional help or care.

When a loved one is addicted to drugs or alcohol, the situation creates a life cycle full of anxiety and fear. The possibility of a loved one overdosing, being involved in a serious accident, or suicide, becomes a full-time concern.

Numerous drugs are all-too-commonly, and in my opinion, all-too-too quickly, prescribed by health care practitioners to treat depression, attention deficit hyperactivity disorder, bipolar, anxiety disorders and really, whatever else ails.

Depending on the diagnosis, the prescribed medications can include Xanax, Klonopin, Valium, Seroquel, Ambien, Adderall, Ritalin, and Concerta.

And then there are the commonly prescribed pain relievers associated with conditions such as migraines, musculoskeletal pain, arthritis, sleep deprivation, bodily injuries, surgical procedures and dental work, to name a few. The list of maladies is a long one.

The pain relievers may include Humira, Celebrex, Ambien, Codeine, OxyContin, Vicodin, Roxicodone, Oxecta, Percodan or Percocet. The list of pain killers is also a long one. But make no mistake about it, every malady has its analgesic.

Combine these commonly prescribed medications with insufficient oversight to curb inappropriate prescribing, and it could be a recipe for addiction, depression, suicide, and even chronic pain.

And add into the scenario, addicts who doctor shop for prescription medications, complaining of symptoms that may or may not be real. And doctors that are all-to-willing to prescribe medications for them.

Any one of the examples of medications I mentioned above, alone, or in combination with other drugs, can produce sedation, euphoria, psychosis, depression, suicidal thoughts, joint and other pain, seizures, paranoia, aggressive behavior, addiction, and cardiovascular complications.

The nonmedical misuse and abuse, and the medically prescribed overuse of prescription drugs for depression and other mental health issues is a serious and growing national public health problem in the United States.

Millions of people struggle with depression and contrary to belief they can’t just “get over it.” Yet far too many psychiatrists and other physicians regularly over-prescribe antidepressants and use medication as their first option. This is especially dangerous for children and adolescents. Depression is a leading cause of illness for teenagers. But no matter how old a patient is, medication without weekly psychotherapy is a mere band aid.

The use of antidepressants has increased 400% since 1988, making them the most frequently used drug by those between 18 and 44 years of age. Many are seen in primary care settings and never referred for mental health consultations.

Depression and mental illness are a huge problem and our country is failing those in need of mental health services. So many people out there just can’t get the help they need. Insurance plans are confusing, with spotty mental health care coverage, and many psychologists and psychiatrists don’t even take insurance.

Over 42 million adults suffer from a mental health problem, with over eight million reporting suicidal thoughts. Over 19 million adults have a substance abuse problem.

Over eight million adults suffer from a mental illness and are uninsured, and one out of every three adults with a mental disability, are unable to see a doctor due to costs.

Additionally, over six million children suffer from an Emotional, Behavioral, or Developmental (EBD) problem, and more than eight percent of youth have attempted suicide. For most youth, symptoms start to present themselves at an early age. When services are provided early, youth are less likely to drop out of school, turn to substances or engage in risky self-injurious behaviors.

Early intervention and screening can help to reduce the negative impact of mental illness for individuals and their families. Yet, so often mental illness is ignored and services aren’t available until an individual proves harmful to him/herself or others.

The United States has a long way to go to adequately address critical mental health care needs. There are too few psychiatrists and psychologists, individuals face huge out-of-pocket costs, and many patients having to wait months for an appointment.

Scenario 1: I’ve had a bad earache for a couple of days now, so I can go to an urgent care facility for immediate treatment. Or I can call and make an appointment to see my doctor on an emergency basis, and he will see me asap. Either way, the visit and the prescription will be mostly or completely covered, and I’ll be on the mend in a couple of days.

Scenario 2: I’ve been severely depressed for several months now so I go online to see which professionals are covered on my insurance plan. I then contact all of them to see if they take my insurance (many don’t take insurance at all). Once I find a doctor who either has the time to take me on as a new patient, or takes my insurance, I am warned that the out of pocket expense for the visit is ridiculously high. I decide to make an appointment regardless of the cost, because I’m basically catatonic, but I’m told that I can’t be seen for four weeks. If it’s an emergency, I should go to my local hospital and commit myself into the psychiatric ward.

Now I’ve heard a lot of negative talk about “Obamacare.“

But here is the truth: The Affordable Care Act makes health insurance coverage more affordable for individuals, families, and small business owners. But more importantly, this health care law includes prevention, early intervention, and treatment of mental and/or substance use disorders as an “essential health benefit” (EHB) that must be covered by health plans that are offered through the Health Insurance Marketplace.

Under the Affordable Care Act, most health plans must also cover certain preventative services without a copayment, co-insurance, or deductible. And marketplace plans can’t deny you coverage or charge you more just because you have a pre-existing condition. This includes mental health and substance use disorder conditions. Coverage for treatment of pre-existing conditions begins as soon as your Marketplace coverage starts. There’s no waiting period for coverage of these services.

The war on drugs has now become a war on legal drugs, on patients who take them, and on doctors who so cavalierly prescribe them. According to the U.S. Drug Enforcement Administration (DEA), oxycodone has been abused for more than 30 years. But with the introduction of OxyContin in 1996, there has been a marked escalation of abuse.

Take a look at some of these staggering statistics:

A friend recently told me that after she had back surgery at the Hospital for Special Surgery in Manhattan, she was given a script for Percocet. She told the health care practitioner she did not need pain medication and thought Advil would be sufficient, but was advised to fill the prescription “just in case.” When her husband brought the bottle home from the pharmacy it contained 100 pills.

I am no medical professional, so I have a question for all you “experts” out there: if my friend took all 100 pills every 4 to 6 hours as prescribed, could she have become addicted? And excuse my ignorance, but what is the difference between becoming addicted vs. dependent to a drug?

And as an aside, no one ever called my friend to check up on her, to make sure she was okay. BTW, all 100 Percocets are still sitting in her medicine cabinet. THROW THEM AWAY GIRLFRIEND.

So how can a medical expert know if their patient has chronic pain or depression? And drugs will relieve the pain and/or the depression, but will also help feed a possible addiction.

When I fill out forms for many of my yearly check-ups, I’m always asked about my family history.

As a medical professional, when a patient comes forward with pain, and before prescribing medication, shouldn’t they be asked if they or another family member have a history of alcoholism or addiction?

How does a health care professional know who may have had in the past, or has  an addiction or dependence, and/or is genetically predisposed to addiction? From what I have researched, predisposition can go back three generations.

Addiction, depression, suicide, and chronic pain are not new issues. But the severity and rapid growth of the problem, and the ultimate consequences for us as a Nation, warrants our serious attention.