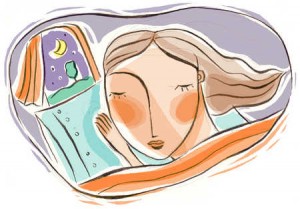 I had a dream last night, although I didn’t remember having it at all until my husband mentioned it to me at breakfast. “In your sleep you inarticulately mentioned something about nattering nabobs of negativism.” I wasn’t able to remember the actual dream, but I did recall the words.

After breakfast at the beautiful Algonquin Hotel in St. Andrews by the Sea in New Brunswick Canada, I googled the phrase. To be honest, I barely knew how to spell it.

It was a phrase used by Nixon’s Vice President Spiro Agnew to refer to the members of the media with whom he had a very acrimonious relationship.

Agnew, who was extremely inarticulate, and later a disgraced VP, didn’t have the brains or the wherewithal to come up with such a memorable and jarring expression.

The nattering nabobs were the mainstream American news media. So what the heck was I dreaming about to cause me to mumble it out loud in my sleep?

To be clear, I have never uttered those words before last night. And now I can’t get the words out of my head.

According to Dictionary.com natter as a verb means to talk incessantly; chatter. As a noun it means a conversation; chat. The origin of natter occurred between 1820-1830. Its variant was gnatter.

Nabob as a noun means any very wealthy, influential, or powerful person.

No need to look up negativism. We all know what that means.

I’ve been wracking my brain to recall what it was I was dreaming about. I do remember something vague about someone making light of my words. I recollect saying over and over: “It’s my story to tell.” A blonde woman was vehemently shaking her head as if to say “no,” and trying to devalue my telling. She was refusing to listen and/or acknowledge what I was saying about my telling, i.e. my life.

I also vaguely remember thinking that she was usurping my words, my writing style, my story.

Who was the blonde in my dream? Was she the nattering nabob or was I? And what was I trying to tell?