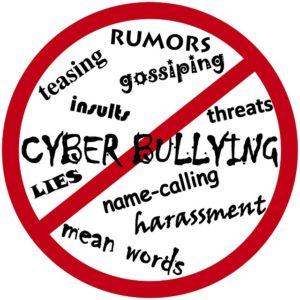 I have been working on this bully post for a few days now, and maybe the “bully tome” has gotten the better of me—because lately everything I watch on television, read in The New York Times, or witness while I’m out and about, comes back to a bully or a bully tactic.

Watching the knockout round of The Voice the other night, I found it hard to comprehend that Team Levine’s church singer Deanna Johnson was bullied in school. The Maroon 5 frontman, Adam Levine has been tirelessly working with this shy 18-year old beauty, who has been crippled with stage fright and low self-esteem for years — the devastating result of bullying.

Take a look at Deanna Johnson’s incredible Voice performance from this past Tuesday.

It is believed that bullying is aggressive behavior that occurs between school-aged children until they eventually grow up and out of their vicious behavior.

But bullying goes well beyond adolescence—it’s a rampant problem that extends to all walks of life.

Because many schoolyard bullies, who are long past their school days, never grow up and out and morph into adult bullies.

And adults can be some of the worst aggressors, who use their cowardly and downright manipulative bullying tactics day in and day out.

According to Vital Smarts, a corporate training company, 96% of people have experienced bullying at the office. And 79% of bullying involves emotional attacks, such as biting sarcasm or spreading malicious gossip.

Bullying is so commonplace, and so destructive, that it may possibly be the single most important social issue of today.

I’m not a big fan of the “ignore it” school of thought. I think ignoring bullies gives them way too much power and reinforces a sense of powerlessness in the target.

If someone is belittling, humiliating, or insulting me in a work setting, in my “friend” zone, at the Motor Vehicle department, when trying to make a doctor’s appointment, etc., etc., etc., I deal with the situation head-on.

Bullying cuts deep, but I try to remind myself that whether in a school lunchroom, the nursing home, or anywhere in between, the bully is the one with the problem.

And I let them know it.

The message I verbally convey to a bully is: Don’t mess with me, because I am not going to accept or ignore your bad behavior. While I try not to escalate a situation, more times than not, when I have responded to a bully by calmly but assertively explaining that I won’t tolerate their uncalled for cruelty, it doesn’t go well. But that doesn’t stop me from putting them in their place. (Note: I never put the police in their place. Just saying.)

I have to admit that on occasion a bully will arouse intense feelings of displeasure in me. And even though I know that fighting back gives the bully exactly what he/she wants, which is to get to me—I simply can’t turn the other cheek.

These miscreants feed on the putting of other people down because it masks their own inferior and insecure feelings about themselves. It’s only by making others feel less than whole, that they can raise their own self-esteem.

And as recently as a couple of weeks ago, I discovered that reacting to a workplace bully only further encourages and worsens their unwanted behavior towards me.

And I have made some nasty bully enemies, with the distinct possibility that they will escalate their campaigns of hatred and intimidation against me and will up the ante when it comes time to serve out a cold dish of revenge.

But I don’t care. I refuse to be subservient.  I can take it.  Bring it on, you cowards.

I am so tired and fed up by bullies thinking they can say and do anything they want, with no repercussions at all. And I have learned from years of being bullied, that their snarky, cutting comments, insulting innuendos and malicious rumors won’t stop until you make them stop.

I have a recurring shut-down-the bully scenario that I play over and over in my head: I contact a lawyer to write to the bully, with a threat of legal action, pointing out that he or she is subject to the laws of slander, libel, and defamation of character. I take down the bully and I win!

And if you ever witness someone being bullied, speak up and say something. Most people don’t want to get involved and want to stay out of the fray. But please consider the consequences of not getting involved and allowing a bully to keep on trucking. You are unintentionally sending a message to them that their abhorrent behavior is acceptable.

How many times have I heard from witnesses to bullying, as well as friends, business colleagues and family members that know the bully personally, who say “yeah, so and so is a real jerk.” But there is nothing they will do about it (and later, when you ask for their support, they deny having agreed with you at all).

Here is my shortlist of bully categories in no particular order of offense, although I find children who bully other children to be the worst bully offense of them all. Please feel free to comment on other categories.

The Axis of Evil Bully

The Wanna Be in Organized Crime Bully

The Rich and Famous Bully