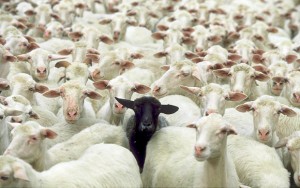 Out to dinner with a friend a few weeks ago, she gloomily confided in me that she was the “black sheep” of her family. Her sorrowful declaration raised the hair on my arms and gave me the chilly willies for two reasons:

1. She is beautiful, successful, generous, compassionate, considerate, well-grounded, strong, selfless, and a loving and nurturing mother and wife. The type of woman that anyone would aspire to be.

2. Over the years, I’ve heard this expression more often than I would like to admit. And worse, I’ve heard it used to refer to me. Many times. So many times, that I developed “Black Sheep Syndrome,” if there is such a thing.

So the two of us bitterly asked each other what I have been asking myself for close to fifty years:

Why and how does a child become the black sheep of their family?

When I got home from dinner that night, I looked up the Baa Baa Black Sheep nursery rhyme. Baa Baa Black Sheep is an English poem, dating back to sometime around 1731. But very little is actually known about its origins. While I found several interpretations of the words, there was little to no evidence to support any of them.

I also found several variations of the rhyme, although the one that I prefer is the Mother Goose Melody published sometime in 1765. This version is usually sung to the tune of “Twinkle Twinkle Little Star,” and the “Alphabet Song.” The last couplet is printed as “But none for the little boy who cries in the lane,” as opposed to “One for the little boy who lives down the lane.”

Baa, baa, black sheep,
Have you any wool?
Yes, marry, have I,
Three bags full;
One for my master,
One for my dame,
But none for the little boy
Who cries in the lane.

A common interpretation is that the rhyme was against Medieval English taxes on the wool industry.

But I don’t really understand the black sheep part. It doesn’t take a genius to know that white wool is more desirable in the commercial marketplace because it can be dyed any color. Black sheep in a flock, are useless in terms of wool production as it is impossible to dye its fleece. A fleece with even a few black fibers is considered less than desirable.

So if the wool from a black sheep is impossible to dye, rendering it useless, and undesirable, it would be unsaleable, thus no need to tax it at all.

Whatever the reason the rhyme depicts black instead of white, it’s obvious that the undesirable and uselessness of the black sheep is what gives us the term “the black sheep of the family.”

And okay, I can see a sheep farmer who makes a living from wool, considering the black sheep a wastrel. But a family?

Black sheep is a phrase used to describe a pariah, a reject, and a ne’er-do-well, especially within a family unit. Someone who is ostracized and treated differently from the rest. A distasteful outcast, who just doesn’t belong.

Nothing for the little boy who cries in the lane.

Yes, I’m called the black sheep in my family. And I’m finally proud of it.

There I said it. And the best realization and revelation for me is that I actually do feel pride.

And here is my take on the whole “black sheep” defamation:

The family black sheep don’t get picked randomly or by accident. The black sheep are sensitive, unhappy, vulnerable, and usually the outspoken child. The one who refuses to stay silent and just can’t and won’t pretend to be one big happy family.

The designated black sheep is made to carry the hidden blame and shame of relatives who refuse to acknowledge their own flaws and weaknesses.

Toxic and dysfunctional family members tend to project their own jealousies and sense of inferiority onto the shunned and disfavored black sheep.

And even if the black sheep eventually leaves (or is thrown out of) the familial flock, it doesn’t end there. The hated black sheep is more than likely still considered the cause and reason for the family’s difficulties and unhappiness, no matter how much time has passed.

Because the family’s need to place blame and project shame onto the black sheep is the only way, they can live with themselves. 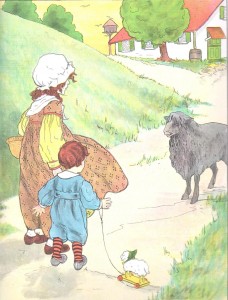