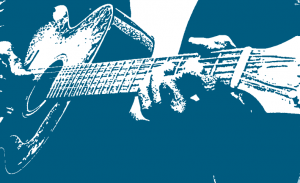 Woody Logan, who wrote this poem/song, reached out to me last Saturday.

I’m not bragging when I say that I get a ton of emails, story ideas, songs, poems—a whole gamut of emotional material.

But I have to say that when I read Woody’s lyrics, they got to me on so many levels.

And the guy is so humble and wants you to know that “Admittedly I sing horribly. Perhaps somebody can do it better.”

His singing ability was of no relevance to me.

His words, his plight, his poetic verse showed me a side of the “other side” I have never understood, or dare I say, embraced before.

Woody has laid his poem down as a blues song in two versions. The Short Sampler (3 minutes) and the Full Epic (21 minutes), both of which I have included at the end of this blog post.

I’ll let Woody’s poem/song speak for itself, except I can’t help but highlight the lyrics that hit me the hardest.

“Throughout the ages, when the gap between haves and have-nots. Gets intolerable, and the blue collars don’t have a lot. There is a revolution, that puts the privileged on the trot.”

“I’ve also realized, I was becoming a person of hate. But hate’s not a human condition, it springs from a fearful state. So facing our challenges with courage, can make our Nation great.”

“Our man promised he would even out the quid, yes we knew he’s evil, but that’s how desperate we had slid.”

“T’was on a Fox news program, that I saw something on his wall. It was a gilded frame, there to see for all. “Kill The Messenger” in big letters, for me it was a wake-up call.”

I ask you to please take the time to read the poem in its entirety by the talented Woody Logan.

When it comes to voting, I really don’t have a plan.
There’s nothing to consider, just go vote Republican.
That’s my obligation, and so I just do what I can.

But now I’m having trouble, thinkin’ ‘bout who I did choose.
I was all for him, didn’t want the man to lose.
What have I done, got the disillusioned Trumpite blues.

First it was funny, not one journalist figured it out.
Why he was elected, what was it all about.
If they had studied history, there was no need for them to pout.

Throughout the ages, when the gap between haves and have-nots.
Gets intolerable, and the blue collars don’t have a lot.
There is a revolution, that puts the privileged on the trot.

This is the main reason, we voted just like we did.
Because our man promised, that he would even out the quid.
Yes we knew he’s evil, but that’s how desperate we had slid.

Like a good Republican, he was the master of the FUD factor.
Fear, Uncertainty, and Doubt, he deployed like a skilled transactor.
Journalists and politicians, spent every day trying to decipher.

Even though psychiatrists, predicted it in a big book.
That his narcissism without empathy, was very much like a crook.
He kept them running in circles, just by spouting gobbledygook.

While government in America, was like a three-legged stool.
Executive, Congressional, Judicial, that’s how we did rule.
He made it one leg, two-braces, that’s how he did retool.

He’d disagree with what you said, and your right to say it.
Refitting facts to his words, was something he did quite a bit.
This pleased the Trumpites, who said he had a lot of grit.

Manipulating the media, was keeping his base entertained.
Even though his credibility, was getting very stained.
That’s why we loved him, and why our loyalty remained.

Slowly but surely, the wool has been pulled from my eyes.
I started to see a glimmer, that Trump was not all blue skies.
His promises aren’t being delivered, no matter how hard he tries.

T’was on a Fox news program, that I saw something on his wall.
It was a gilded frame, there to see for all.
“Kill The Messenger” in big letters, for me it was a wake-up call.

As a born-again Christian, conflict crept into my mind.
“What would Jesus do?” was absent, I started to see, where once I was blind.
We Trumpites are good hearted, but our leader he is unkind.

I started paying attention, to what the “others” did say.
Things like the following, filled me with great dismay.
I started to question, had I been led astray?

We Trumpites need to ask ourselves these questions, as time is running out:
+ Is he a national health crisis? Psychotherapy is up 400%.
+ Is he smarter than any general?
+ Did he never mature beyond 14?
+ Does he use circular logic or irrational logic?
+ Will it take decades for America to recover?
+ Are decades of social and civil advances being reversed?
+ Have hate crimes quadrupled since he took office?
+ How is he doing on promised deliverables?
+ Did Mexico pay for a wall?
+ Is the way to defeat the virus to stop testing for it, as he said?
+ How many of his efforts have been reversed, cancelled, or overturned?
+ Is he all talk and no action?
+ Does he belittle everybody who has a different opinion?
+ Why does he claim no responsibility for anything that happens?
+ Is he showing symptoms of mental deterioration?
+ Are we being led by a lunatic?
+ Are all of his problems self-induced?
+ Why do his enablers do it?
+ Does he believe exercise is bad for you?
+ Are we Trumpites just jingoistic flag-waving sheep?
+ Does America really not have room for refugees?
+ Is restricting voter rights a good Republican strategy? Must we cheat to win?
+ Has he earned the right to another four years?
+ Can America move forward while looking backward?
+ Did he make America great?

Then I heard the report, from his wives all three.
Their marriages were never consummated, on wedding nights you see.
He’d just sit on the edge of the bed, and tell them how good it would be.

“He’s a blithering idiot”, said my friend who is no chump.
What does that mean I thought, I really was in a stump.
When I looked it up in a dictionary, all it said was “See Trump”.

Then did I finally notice, reoccurring before our eyes.
With each and every issue, regarding Trump that did arise.
A 3D plan of action: Deny then Distract then Decriminalize.

What’s wrong with me I wondered, with conflict in my mind.
Look up “Cognitive Dissonance”, said a caring friend of mine.
And that human condition, pretty much explains it fine.

It’s said he never reads a book, nor listens to anybody around.
So when he marched to a church, and held the bible upside down.
I had to wonder, is he the biggest hypocrite in town.

We Republicans for years, have claimed the moral high ground.
But Trump preaches intolerance, not the love we consider sound.
What are the consequences, are we no longer heaven bound?

I’ve also realized, I was becoming a person of hate.
But hate’s not a human condition, it springs from a fearful state.
So facing our challenges with courage, can make our Nation great.

I’m not saying that I’m well now. Mixed emotions carry on.
But I’ve switched to Independent, and to you I call upon.
Be a free thinking person. Be smarter from now on.

Stop being narrow minded. Pull your head out from the sand.
Deploy your Christian values. History helps you understand.
Apply the golden rule, like Jesus did command.

If you are having trouble, thinkin’ ‘bout who you did choose.
We’re all in this together, what more can we really lose?
We can rise above the fray and stop those disillusioned Trumpite blues.