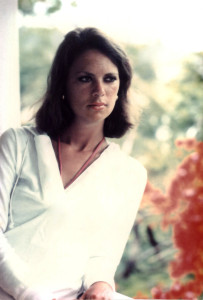 This is one of two photos I have of my cousin Pam in her before-life.

Before her life took too many tragic turns.

I combed through my albums looking for the oldies but goodies to honor her today.

I was hoping to find some photos of us together as carefree kids, with no knowledge of the devastation awaiting her.

It saddened me that I only found two photos of the before Pam.

The one above, of her alone, and one of Pam with her husband Joe, before he heartbreakingly passed away at 38 years young.

Just two photos before her world came crashing in on her.

Before her husband died.

Before her son died.

I know this because going through some old files last week, I found an entry I wrote on some Rheingold Beer stationery all those years ago.

A sign from Pam reminding me of the where and the how.

I was a nervous wreck that March day in 1966. I didn’t need to read my old notes to recall the terror I felt.

I was meeting my future family and it was going to be awkward because they knew my mom for several years, but they didn’t know about Theresa. I was a dirty little secret.

I couldn’t blame this family for being upset. They were Catholic like us, and I was the mortal sin.

The meeting started out not good. But in the end, it didn’t go as horribly as I thought it would.

She made it okay.

She was beautiful inside and out, and I never forgot her kindness.

We weren’t blood but everyone who saw us together thought we were sisters.

Can you see it? 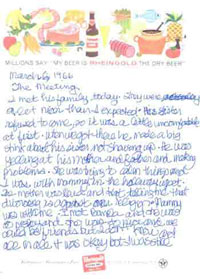