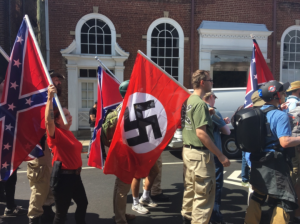 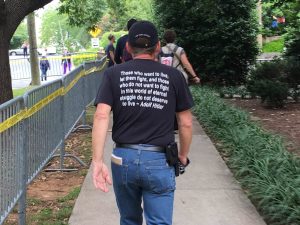 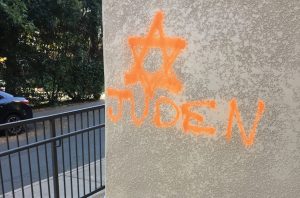 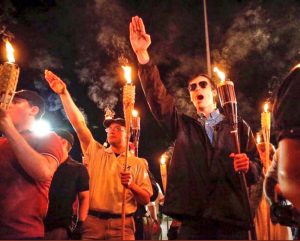 A clever play on words. You rhymes with Jew, right?

No. There was nothing clever about those hateful words spewing out of hateful people.

Yesterday, Richard Spencer, a prominent white nationalist/Nazi, and domestic terrorist vowed this: “You think that we’re going to back down from this kind of behavior to you and your provincial town? We are going to make Charlottesville the center of the universe.”

So it should have come as no surprise when yesterday, on August 12, 2017, the Nazi, David Duke said this: “We are going to fulfill the promises of Donald Trump and take our country back.”

“Jew will not replace us.”

“Take our country back.”

What do these hateful words mean exactly?

Well, I know full well what “Jew will not replace us” means.

But take our country back from whom?

To anyone out there who thinks yesterday’s Nazi fiasco was okay, I am inviting you to man and woman up and say what’s on your mind.

WHO DO YOU WANT TO TAKE OUR COUNTRY BACK FROM?

Get a backbone and spell it out for me.

Say it plain and simple.

Do you hate Jews? Blacks? Gays? Mexicans? Muslims? Everybody and anybody who’s not like you?

Don’t say it behind my back. Say it to my face.

And please don’t tell me you know a few Jews who are good people, or that you have a Jewish friend.

Be careful of your words,
for your words become your action.

Be careful of your habits,
for your become your character. 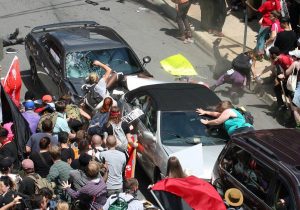