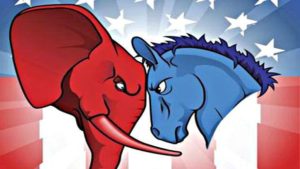 As I drove to my kickboxing class yesterday, Bob Dylan’s iconic song, The Times They Are A-Changin came on the radio.

Dylan’s call for change, written in 1963, couldn’t have been more prophetic. Less than a month after Dylan recorded the song, President Kennedy was assassinated.

I remember the first time I heard his haunting song about change, which was released in 1964. It came at a troubling time in American history. It seemed like our entire country had gone haywire.

His alleged assassin Lee Harvey Oswald was shot to death on national television.

President Johnson launched a full-scale war against North Vietnam without securing a formal declaration of war from Congress.

In a collective act of defiance against the war, students burned their Vietnam draft cards and declared, “We won’t go!”

The People’s Republic of China successfully tested a nuclear bomb, making it the fifth nation in the World with nuclear capabilities.

And Senator Barry Goldwater was nominated as the Republican presidential candidate, placing his conservative agenda in direct opposition to more moderate Republicans and declaring in his acceptance speech: “I would remind you that extremism in the defense of liberty is no vice! And let me remind you also that moderation in the pursuit of justice is no virtue.”

We will never know how different our country would be today had Goldwater won the election.

As I write this blog and look back on the events following the assassination of President Kennedy, I am reminded that time indeed marches on and maybe it even heals all wounds. I said maybe.

But, our country more than survived the tumultuous and turbulent 1964. What seemed like a doomsday year was just a tiny blip on the American screen. So I still have faith in America and my fellow Americans.

And yet here I was driving to a workout, 52 years later, with Dylan’s resonating words and gravelly voice covering me in a blanket of anxiety—and goose bumps.

Yes, indeed, times they are are a-changing. In ways that I both fear and welcome.

Let’s get to the bloody changes already. Because I am sick and tired of all the political ugliness.

And yes, in some ways I wish the media would change their monotonous tune. Because I’m sick and tired of all the spin spin spin for the sole purpose of ratings ratings ratings. And yet ratings aside, the media serves as an all-important watchdog. We all need to be vigilant in the coming days and months—including the press. Our lives and country depend on our vigilance.

As I listened to Dylan’s soul searching song, it felt like he was singing about me. About 2016. About us.

And he had me captive audience in my ten-year-old car, asking myself a lot of things like:

Will Trump be receptive to moderating influences or will he merely listen to the last person he speaks to?

Will Trump do all the frightful things he said he would, to satisfy and appease his constituents, or will he reconsider his promises and do what is best for all Americans?

And Trump has on so many occasions bloviated, “We’re going to have so many victories, you will be bored of winning.”

Will I be a bored loser or a bored winner?

On the bright side, there’s always the 2020 election, which will start gearing up in early 2018.

Hell, for half the country it began on November 9.

I don’t know about you, but I’m so tired of it all. Maybe our elected officials are tired too.

Come senators, congressmen
Please heed the call
Don’t stand in the doorway
Don’t block up the hall
For he that gets hurt
Will be he who has stalled
There’s the battle outside raging
It’ll soon shake your windows and rattle your walls
For the times they are a-changing

How will we treat those who we have hurt us and who we have disagreed with? Will we be receptive to change? How will we react to policies that may not be best for all Americans? And how long will all this changing take?

There is thankfully no deadline for mutual empathy, understanding, acceptance, or mending fences.

As I sadly hummed along with Dylan, all kinds of doom and gloom ran through my head. But then I thought back to 1964 and hummed it hopeful all the way to its end. 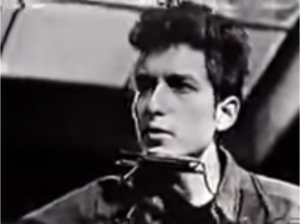 The Times They Are A Changing

2 thoughts on “The Times They Are A-Changin. But What About Us?”